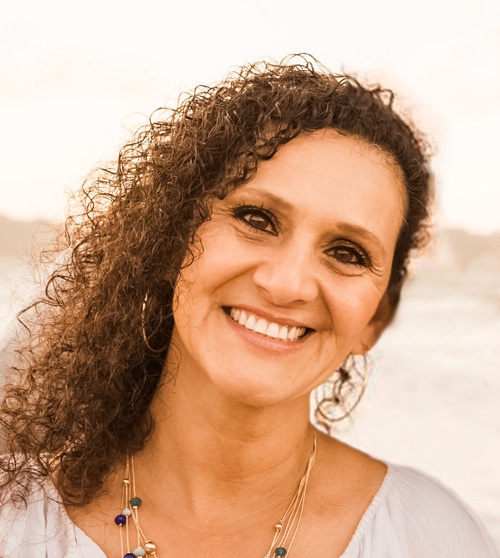 I have had the honor to work with and meet some of the best in the industry and felt the need to share my experience with everyone I meet along the way. I have over 25 years of hospitality, concierge, and wine education experience, including catering fine events in the region which has allowed me to form relationships with chefs, vintners, and local industry professionals. After many years of working for some of the best in the industry I decided to take the leap of faith and along with my life partner and business partner we formed Vineyard Corridor. We trust you will fall in love with and embrace the rustic charm, the vineyards and the farm-to-table culture the way we did. .

In 2012 Veronica reconnected with Robert, a childhood friend who still lived in southern California where they grew up. For the next few years they made time to communicate every day despite the distance. After a year, that friendship evolved and they soon found themselves setting goals for a future together.

During this time, Robert was working for a transportation company where he was making a living traveling, affording him the opportunity to visit 45 states and get a glimpse of hundreds of cities throughout the nation. Since 2013 Robert has traveled to and from San Diego familiarizing himself with the culture, geography and history of this world class region. In 2016 he officially made the move to Sonoma County and has immersed himself in Wine Country to increase his knowledge of the area.

Veronica and Robert spent time talking about their hopes and dreams and envisioning ways to build on their talents. Robert’s love of exploring the country’s history and agriculture, along with Veronica’s passion for food and wine made for a perfect pairing of two souls. Their faith and determination led them to make their vision into a reality and inspired them to start Vineyard Corridor Transportation!

We do the planning for you!

Let's book the wine vacation of your dreams!
Contact us:

"Fantastic way to see it all in Wine Country!! Exceptional Service! Incredible food, wine, and sights!"
"Personalized, professional, and so much fun! My friends and I were absolutely thrilled with our Vineyard Corridor wine country adventure! Thanks to Veronica, we had an incredible day that we will never forget. She truly went above and beyond to provide us with a special and memorable experience. If you want to have a truly remarkable tour of the beautiful Sonoma wine country with a knowledgeable and amazing guide, you should absolutely choose Vineyard Corridor!“
“Veronica selected 4 really unique wineries and hooked us up with really special, private tastings. She set up a really nice lunch for us at one of the wineries along the way and had snacks for us too. We felt totally pampered and taken care of the whole time and she introduced us to wineries I wouldn’t have otherwise known about. I highly recommend Vineyard Corridor Transportation.“
“Veronica was very knowledgeable, friendly, and professional. She had our tour day set up to the T. She also arranged a fantastic lunch that was very good. Will be sure to use Vineyard Corridor and Veronica again. Thank you for a great day!!!”